The Right Time To Talk About It!

U.S. News asked dating and money experts which financial issues couples in long-term relationships encounter most often and to share their suggestions for tackling relationship money matters. Communication is the key factor, but as Felicia Garland, a financial advisor at Greenberg & Rapp Financial Group, Inc. in East Hanover, New Jersey, says, “There really is no right and wrong. It’s what they both feel comfortable with.” 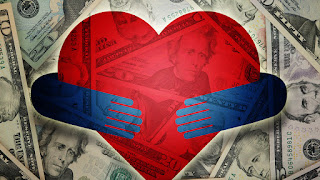 Have an honest discussion about finances. Once you decide you’re serious about your relationship, discuss your personal financial matters, says Laurel House, dating expert and author of, “Screwing the Rules: The No-Games Guide to Love."
To start the discussion, House says to first air your financial situation and concerns. “The reason why you’re going to expose yourself first is because you need to create an environment of trust and safety,” House says. This conversation can lead you to share your career aspirations and ideal lifestyle. In many cases, it will bring a couple closer together, she explains.
If you have different opinions on how money should be spent, regular money talks may help, says Sophia Bera, founder of Gen Y Planning, a financial advisory firm. She tells her clients to set aside a scheduled time each week to have those conversations.
Garland, who has been in a relationship for eight years, says talking is the best way to work through their financial differences. “Even though our saving and spending habits are very different ... I think we are both cognizant of each other’s. We tend to communicate more and felt that it was important to communicate about it early on.” 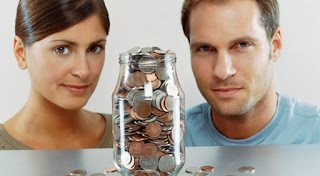 Make a joint account for vacations and entertainment. Maintaining an account for funding expensive entertainment allows you to work together financially for a common objective. “I’ve known couples who wanted to save jointly for goals such as vacation,” Bera says. “They open a joint savings account for a goal of traveling together or [making] home renovations.”
Another option is to budget a few months in advance. Erin Thorsby, a 26-year-old who lives in the District of Columbia and has been dating her boyfriend for three years, says they use this strategy instead of opening a joint account. "We’ll say for the next couple of months we should save X amount of money," Thorsby says.
Avoid cosigning loans. Though this decision depends on the level of trust you have established with your partner, in general, experts agree that cosigning a loan is unwise because you are responsible for paying the bill if your partner can't. “I think that’s one situation that people think, ‘Oh, I just have better credit. I’m going to cosign this loan, so he can get a lower interest rate,’” Bera says. “I’ve seen that end up backfiring for people.”
Consider what makes you both comfortable when deciding who pays for date night. Thorsby and her boyfriend usually trade off paying for events. "If one of us plans something, though, that person will take the lead on that event," she says. "We don’t normally split a dinner bill."
Garland says the couple should do what they feel comfortable with, whether it's splitting the bill or treating their significant other to dinner. “I think if they’re both comfortable sharing, each pay their own way,' Garland says. "I like to feel like I’m carrying my own weight. If it’s a significant relationship and you’re both comfortable contributing to the cost of the relationship, I think that makes perfect sense.”
For those living together or thinking about making the move, consider these options: 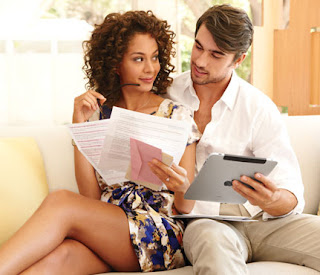 1. Make a contract before moving in together. Blake Muller, a 27-year-old from Denham Springs, Louisiana, says the decision to move in together should not be made in a hurry. He and his girlfriend of two years broke up temporarily three months ago while they were living together, and he moved out.
Although they continued their relationship, they do not have plans to move back in together in the near future. "I think [living together] is a good idea," he says. "I don't know if it's the best idea. I would definitely say don't rush into things." If you’re buying a house together but not getting married yet, House advises writing a contract.
She recommends the contract include pets, large or expensive shared personal belongings, and who receives the property in case you split up. If you are purchasing the residence, she suggests you write out who will buy the other out and how.  "While the process can be frustrating and awkward – you're essentially planning for the breakup – if the relationship does not in fact work out, it can save you financially in the end," House says.
2. Use one joint account to pay bills. Garland suggests that you set up one joint bank account, make regular deposits from your income and pay the main bills, including rent and utilities, from that pool of money. “We have a joint checking account, and we’ll put in some percentage of our income into that account and pay the bills from there,” Garland says. If you decide to merge most of your money, however, make sure to keep separate accounts for what Garland calls flush money or discretionary spending on things like weekend activities, clothes and accessories.
3. Split daily expenses down the middle, if possible. Andrew Lapin, 24, and his girlfriend of four and a half years moved in a Washington, D.C. apartment together about six months ago. He says they discussed finances seriously for the first time when they began thinking about living together. They decided to share everyday costs 50-50, from groceries to gas. They also created a Google Doc to keep track of their purchases and record more expensive transactions, though they have no set price threshold.
If you have different approaches to money, however, Garland says to set a limit you can spend up to on a single purchase before consulting each other. “It’s a good idea to ask, ‘At what point do you want to know?’ If it’s your own money, even then you’ll want to set one, especially when one party is more of a spender,” she says.
Although finances can be difficult for many couples, they can also bring a couple closer. Susan Whitbourne, a University of Massachusetts Amherst psychology professor, says working through financial issues successfully can benefit other parts of your relationship. “If you can work out the finances," she says, "then it could be a model for how you work out other problems.”
What financial plans do you have in place for your relationship? If you need assistance in setting up accounts, or want suggestions on debt free solutions and other financial matters email me I will be happy to provide you with options on your financial matters and proactive solutions.

Thank to US News Money for these tips and research!
Posted by Unknown at 10:00 AM

Email ThisBlogThis!Share to TwitterShare to FacebookShare to Pinterest
Labels: Before You Move In, Daily Spending Limits, Dating and Finances, Discussing Your Finances, Joint Accounts, Rules For Finacial Dating